END_OF_DOCUMENT_TOKEN_TO_BE_REPLACED

My first read for 2009 was the first book of the Lionboy series, which I deemed average, as it started out slow and took a while to pick up.

But getting through the first book was worth it, as the next books in the series prove why Lionboy holds up admirably as a fantasy series.

The series is quite inventive – a boy who can speak Cat; a world with no petroleum; a money-grubbing pharmaceutical giant that creates illnesses to generate a demand for its products; a pack of lions who want to go home – and the whole bliddy circus!

I think the mother-daughter team behind Zizou Corder really got into their groove with the next two books, which had me swiftly turning pages to the end. The story’s framework falls into place, and the story flows more fluidly.

I like the character development in the books, both for the human characters and the animals. Charlie Ashanti, the protagonist, grows on you, with his spunk, intelligence, and Dickensian goodness that shines through without appearing clichéd or contrived.

The rest of the humans make a delightful supporting cast – the misguided (and unlucky) Rafi; Charlie’s unconventional but loving parents Aneba and Magdalen; the half-crazed lion trainer Maccomo; the jolly adventurer King Boris and the loyal (and I suspect dreamy!) Claudio – but it is the animals who steal the show.

I have to say it again, I’m not a fan of talking animals, because they’re normally just two things – twee and cutesy, or excessively symbolic, but the main animal charac 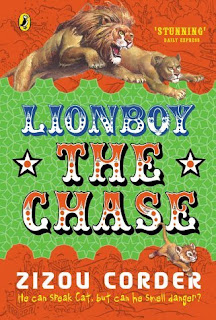 ters in Lionboy stand out because of the right mix of animal-ness and personification. It was also particularly enjoyable for me because of the instrumental roles that felines play in the series, although those who are freaked out by cats (I can think of certain people) would likely cringe while reading this book.

Of the lions, my favorites are Primo the smilodon, who evokes the raw earthiness of a prehistoric animal; and the feisty Elsina. Sergei the cat makes a wonderful wisecracking sidekick, while Ninu the chameleon was a stroke of genius.

Another thing I like about the book: the vivid descriptions. They live in a world similar to ours but gone off on a tangent, and it is successfully established in the little details incorporated into the story rather than handed out in tidy exposition. The adventure is also more exciting because the highly imaginative settings were truly fleshed out: the Circe, the floating circus, because it was wild and raucous as a circus should be; Venice, (I love books set in Venice – there’s just something magical and madly romantic about the place); the exotic Essaouira; and even the Corporacy communities – you could just feel what it’s like to live there. 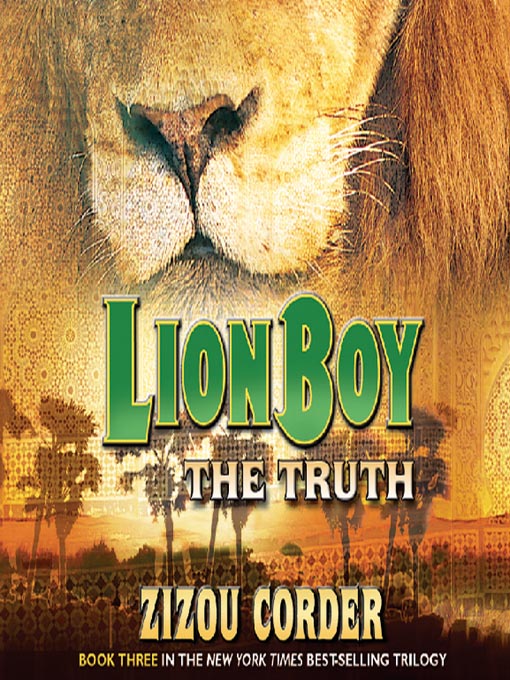 Fred Van Deelen’s whimsical maps and illustrations also serve as the perfect complement to the vivid descriptions. There are score sheets interspersed with the text, too — the series has a soundtrack by Robert Lockhart, I hope I can find it on the Internet.

As the series progresses, it delves more and more into themes of environmentalism and stewardship, genetics, and even discrimination, and it’s admirable how it’s presented in a way a young reader would understand, without any preachy-ness to it, because they’re all incorporated into the story.

And one last highlight: the book is so bliddy British! I generally like British authors more than American ones (especially in fantasy, and in chicklit) because they write better, and the humor is just so spot on. And yes, you can read this book with an accent, and have loads of fun with the Britspeak, particular when Sergei or Rafi are speaking.

Yep, I’ve definitely had my kip.

I’m not a big fan of talking animals, but this series has been sitting in my TBR shelves for quite a while and I figured it was about time I read it.

Lionboy is a fantasy series about Charlie Ashanti, a nine-year old boy who can speak Cat, who must rely on this special talent and his wits to save his kidnapped parents.

Lionboy is set sometime in the future, when the world’s petroleum resources have all run out. The world reverts to sea travel as the main form of overseas transport, and everything runs on alternative energy; only the very powerful are allowed to have cars. The world is ruled by a superpower known as the Empire, asthma is a widespread condition (blamed on cats) and a pharmaceutical giant known as the Corporacy controls the world’s major industry. Charlie’s parents have discovered the cure for asthma, and the Corporacy has held them captive to safeguard their business.

Although not as engaging as I would have liked it to be, Lionboy, the first book in the series, sustains the interest, especially as Charlie stows away on a circus ship, the Circe, which houses Thibaudet’s Royal Floating Circus and a host of interesting personalities. Charlie forms a friendship with six circus lions and helps them escape, as he gets one step closer to finding his parents.

The cats are particularly amusing, especially the strays, because of their different personalities — a prissy French cat, a wisecracking Russian cat, and an ingenious marmalade. Even the lions are distinct, although they’re all regal.

It’s also worth noting that Zizou Corder is actually the mother-daughter team of English novelist Louisa Young and Isabel Adomakoh Young (middle school age). It’s a good collaboration for an exciting adventure, but also touches on important issues such as the environment, race, and prejudice.