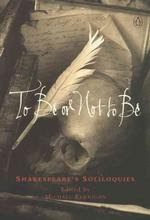 I count Shakespeare as one of my rites of passage while I was growing up.
In the grade school I attended, the highlight of our 6th grade year was our theater season — a full quarter of our school year was devoted to putting up a play production of A Midsummer Night’s Dream. It’s been a tradition for the 6th graders for so long that the school has original arrangements for songs (e.g. Philomel) in the play, as well as a full wardrobe of medieval costumes — bloomers and all — for the annual production.Too bad I don’t have any photos that survived, but I played Snout the bellows-mender / The Wall of Pyramus and Thisbe. It was an awkward stage — I’d always wanted to get cast as Puck since the first time I watched the play onstage back in first grade, but I’d hit a growth spurt in fifth grade (if you can call it that; obviously it wasn’t much of a spurt), so I was taller than everyone else who was vying for the part. I also read for Hermia but I was probably snorting my way through the dialogue so they didn’t cast me there so I ended up as one of the mechanicals who were putting on a play for Theseus and Hippolyta’s wedding.

This trip down memory lane was prompted by book #47 for 2009 (also book #8 for the Diversity Challenge, European), To Be or Not to Be: Shakespeare’s Soliloquies edited by Michael Kerrigan.

I bought the book on a whim at Book Sale (where else can I afford to buy books on a whim?) for P40, because it was brand new and I liked the cover design.

The introduction provides great insight into the nature of the soliloquy:

“Although set back from the main dramatic narrative, Shakespeare’s soliloquies are generally anything but interludes. Nowhere do we come closer to the centre of things than in those moments in which characters speak when alone, or unaware of being overheard — in coversation, as it were, with themselves and with their audience…

…The great soliloquies may not make much noise but they are often show-stoppers in the more literal sense that they appear to suspend all normal narrative logic, reaching out instead for universalities that transcend any immediate dramatic setting.”

The book contains over 80 soliloquies from Shakespeare’s various plays, organized by play and indexed by first line.

I am disappointed that only one from AMND is included and it is Helena’s (How happy some o’er other some can be); I think there were many other notable ones from the play, from Oberon or even from Bottom. Oh well. I really need to get a good edition of that play.

Aside from AMND, the only other Shakespearean plays I’ve read in their entirety are Romeo and Juliet and The Merchant of Venice, so I liked how this book functions as a sampler of the more popular plays.

I liked this one by Orlando in “As You Like It”:

Hang there, my verse, in witness of my love,
And thou, thrice-crowned queen of night, survey
With thy chaste eye, from the pale sphere above,
Thy huntress’ name that my full life doth sway.
O Rosalind, these trees shall be my books,
And in their barks my thoughts I’ll character,
That every eye which in this forest looks
Shall see thy virtue witness’d every where.
Run, run, Orlando, carve on every tree
The fair, the chaste, and unexpressive she.

It’s sweet, how Orlando wants to carve Rosalind’s name in every tree in the forest :D