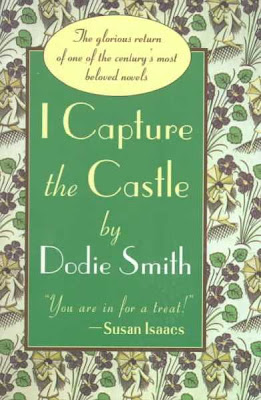 (This post is rather lengthy, I know — I’ve just wanted to write about this book for so long!)
There was one book I forgot to list down among my top picks for 2008, one of the buzzer beaters, which I finished on the 28th of December: I Capture the Castle by Dodie Smith.

Dodie Smith’s more famous work is the children’s story The 101 Dalmatians, but before that, she wrote a novel entitled I Capture the Castle in 1948.

I only learned about I Capture the Castle because J.K. Rowling named it as one of her favorite books — I love the books she recommends; my cousin and I discovered the Cirque du Freak series also because JKR raved about them.

I found a fairly new copy at Book Sale (the best! I swear!) last year, but it took a few more months before I finally found an opportunity to read it without interruptions — on my holiday trip after Christmas, where I indulged in a lot of fresh air and four days of reading bliss.

I Capture the Castle is the journal of 17-year old Cassandra Mortmain, who lives with her eccentric family in a crumbling English castle in the countryside in the 1930s.

The Mortmains are dirt-poor but such characters! Cassandra’s father (she calls him Mortmain) is something of a one-hit wonder writer. His first book, “Jacob Wrestling” was a big hit in the past decade, prompting him to move his family to the countryside for inspiration, although it never came — he has a ten-year old case of writer’s block. The Mortmains have a 40-year lease on the castle, but over the years, they have had to sell off all the good furniture just so they can buy food.

Cassandra’s mother has passed away early on, so her father remarries the young Topaz, who is well-meaning but flighty. She is a model who poses nude for artists, and habitually “communes with nature” (er, frolics in the meadow) in nothing but hipboots.

Cassandra’s elder sister, Rose, is the family beauty (golden haired and rosy-cheeked) who despairs of being poor and wants to hook a rich husband (her main fantasy is to live in a Jane Austen novel). Their younger brother, Thomas, is often away at school on a scholarship courtesy of the local vicar, and although he doesn’t appear often, he is quite endearing as well.

The family also includes Stephen Colly, the son of one of their old servants, who continues to help out around the house even though they have nothing to pay him and he ends up getting a job outside to contribute towards the family budget. Stephen also happens to be in love with Cassandra, but unfortunately, Cassandra loves him like a brother.

Finally, there is the snowy-white bull terrier Heloise, who rounds out the family picture.

Things change for the family one fateful night, in a rather comical episode. Rose is overcome with despair about being poor, and attempts to do a Faust by hauling herself up on a pulley to wish upon the gargoyle mounted high on their kitchen fireplace. That same night, they meet the Cottons — the rich family who are now the landlords to the castle, including their two bachelor sons, Neil and Simon.

I will have to stop there before I reveal any more of the story, but more amusing episodes follow, and even as I’m writing this, I can’t help but laugh at the memory — the bathtub confrontation, the fur incident, the two wireless radios, the lockup in the tower… Equally plentiful are the sigh-inducing moments that make the book a throwback to 19th century English novels like Pride and Prejudice, Wuthering Heights, and Jane Eyre.

Cassandra and Rose also remind me of the March girls in Little Women, especially when they had to dress up for dinner at the Cottons’. Rose reminds me of Meg and Jo, when they had to go to a party and had to make do with shabby gowns. The sisters also keep an old dress form in their room, christened as “Miss Blossom,” whom they pour their hearts out to whenever they’re troubled.

I Capture the Castle is one of this century’s most beloved novels, and now I know why — Cassandra Mortmain can charm the socks off a stone monument!

“I write this sitting in the kitchen sink. That is, my feet are in it; the rest of me is on the draining-board, which I have padded with our dog’s blanket and the tea-cosy.”

This is how the novel begins, and it sets the tone for the rest of the story. It’s Cassandra’s voice that is the cornerstone of this book, and it reveals a guileless, intelligent, and feisty teenage girl, one of the most fascinating characters I’ve ever had the pleasure of reading about.

She says the most original things, and outside of EM Forster’s A Room with a View, I don’t think I’ve ever read so many lines that spoke to me all in one book! Most of the lines that struck a chord with me in this book were Cassandra’s random thoughts — some plain amusing, some thought-provoking, and others just overflowing with emotion. Her uncanny wit and sharp perception make the book such a delightful read.

Here are some of my favorite lines from the book:

“Noble deeds and hot baths are the best cures for depression.”

“Time takes the ugliness and horror out of death and turns it into beauty.”

“I wonder if there isn’t a catch about having plenty of money? Does it eventually take the pleasure out of things?”

“I should rather like to tear these last pages out of the book. Shall I? No-a journal ought not to cheat.”

“Contemplation seems to be about the only luxury that costs nothing.”

“I have found that sitting in a place where you have never sat before can be inspiring.”

“I was wandering around as usual, in my unpleasantly populated sub-conscious…”

“The family, that dear octopus from whose tentacles we never quite escape, nor in our innermost hearts never quite wish to.” 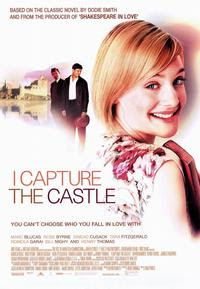 “I only want to write. And there’s no college for that except life.”

“Only half a page left now. Shall I fill it with ‘I love you, I love you’– like father’s page of cats on the mat? No. Even a broken heart doesn’t warrant a waste of good paper.”

I hope these beautiful lines tempt you to read the book, because I don’t know anyone else who has read it, and I’d love to talk about the book with someone :)

There is a 2003 movie on the book, but I’m afraid to watch it because it might ruin the book for me. If anyone has watched it, please let me know how you found it, especially if you’ve read the book too.