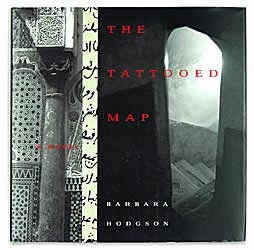 After my first illustrated novel of the year turned out to be a dud, I was wary of reading another one, lest it turns out to be a disappointment again.

To my pleasure, I warmed right up to The Tattooed Map, a beautiful squarish book full of maps, photos, scribblings, and other ephemera.

The Tattooed Map is the journal of Lydia Usher, a Canadian traveler who explores North Africa with her friend and former lover Christopher. 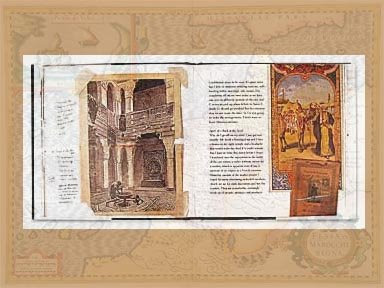 She wakes up in their hotel room one day to find what she thinks is a cluster of flea-bites on her hand. Days pass and she realizes the marks have formed into a map spreading from her hand to her body like a tattoo.

Lydia suddenly disappears and Christopher takes up her journal in the hopes of finding her, or at least a clue to her whereabouts. He soon discovers that it is no prank of Lydia’s, and as he is drawn deeper into the web of mystery, he realizes there are strange forces at work. 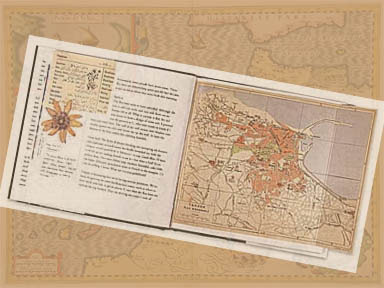 I really liked this book because it was the right blend of travelogue, art and mystery. Lydia leads such an enviable life. Her research takes her to exotic places, she takes off at a moment’s notice, and never seems to run out of pocket money. Her compulsive habit of taking scrupulous travel notes take you right there with her, and her candid observations allow you to visualize the places she goes to and the people she meets.

The other half of the journal is continued by a befuddled Christopher, up until the tumultous ending that makes you want to cry out “Sequel! Sequel!” after reading that last sentence. 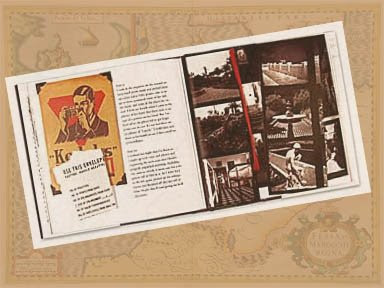 For a first novel, The Tattooed Map doesn’t disappoint, and I am eagerly adding Barbara Hodgson to the list of authors whose works I am collecting. It’s good I have one more book of hers in my TBR: Hippolyte’s Island. I think I’ll save that for a time when I’m in dire need of a good read.